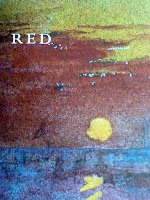 In our final look at Victoria Finlay's book 'Colour, Travels Through the Paintbox', we look at the chapter entitled RED. The author's quest for carmine leads her to pre-colonial America, specifically to Santiago in Chile. Here she discovers the reds of the Incas. The Incas had numerous reds; deep pinks from the wood of the brazil tree, orange-coloured dye from the dried annatto plant seeds but the most treasured red was the ruby red colour derived from the cochineal insect. This cochinal red was used as blusher and used in the decorating of pottery and of textiles. The author discusses the differences between the origin of carmine red and the cochineal red used by Turner in the 19th Century and also the red derived from the cochineals Indo-European cousin the Kermes insect which had been used a few centuries earlier. She also refers to the Polish Cochineal, a cousin to the Kermes, whose red dye was found on a Persian rug that had been knotted 2,500 years ago. The chapter also examines the reds that come from the plant root, madder and the mineral cinnabar. 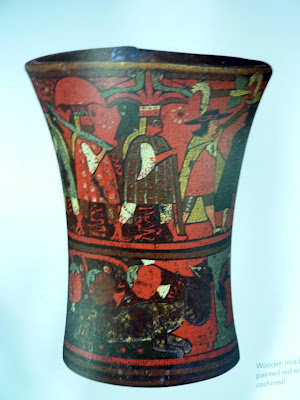 The other chapters in this book include the colours OCHRE,  BLACK and BROWN, WHITE, ORANGE, YELLOW, GREEN, BLUE, INDIGO, and VIOLET. 'Colour, Travels Through the Painbox', was recently presented by Mr. Brett to the SCC Library where it now resides.
Posted by sccart at 14:06 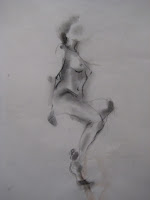 Old Columban Rebecca Curling has her first solo exhibiton of work 'Reflections', opening at the Urban Retreat Gallery, Hanover Quay on Thursday 27th May. Since leaving St. Columba's College Rebecca has studied at the NCAD and attended an artists private tuition program in Florence.  She has also completed a residency in the Burren College of Art and at Cill Rialaig in Co. Kerry.  She says 'My work is mainly about translating my memories and experiences of a place or person'. She also comments that her up-bringing in the Burren has been a strong theme in her work.
Other examples of her work can be viewed on her website HERE.
SCC Art wish her all the best in her first solo exhibition. 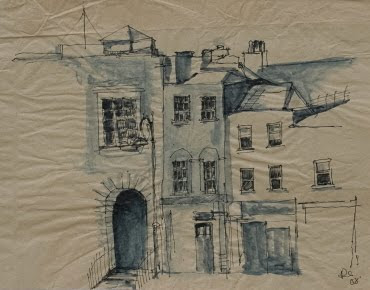 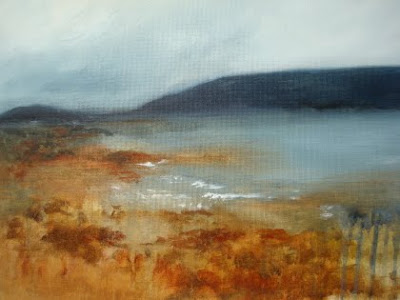 Congratulations to the winners of the SPHE Anti Smoking Poster Competition, L. Johnson, G. Bewley, A. Esses and M. Allen in Form I. Mr. Jackson was most impressed with the winning poster for its attention to factual detail about the effects of smoking.  The Art Department wish to make a special comment about the 4th place prize winner Matt Brooke in Form II.  From an artistic point of view they were very impressed with Matt's clever use of imagery to communicate the messge of the poster. Well done to all the prize winners. The posters will soon be displayed in all Houses. 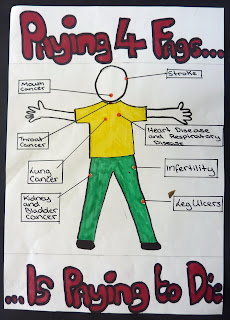 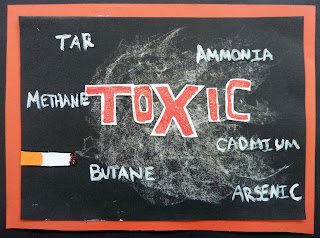 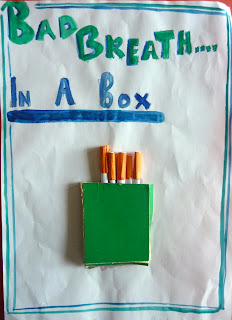 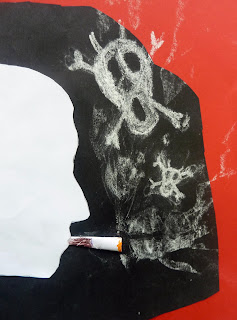