Thanks to the Irish Times , you can view a slide show Here of Nature putting on one of its most awe-inspiring shows over north Donegal this week with a rare glimpse of the Aurora Borealis, better known as the Northern Lights. 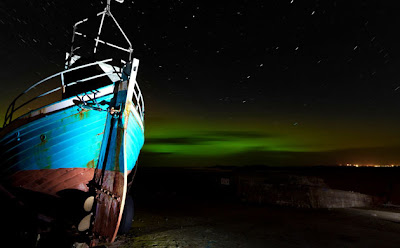 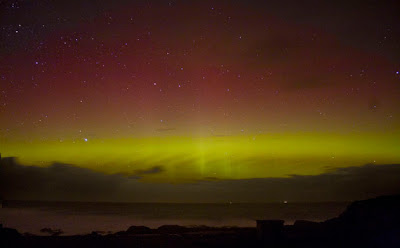 Labels: In the News - Photography, photography

This morning,  Paki Smith (OC) will give a talk on film production to Transition Year pupils in the art room. He is a fine artist with a number of one man shows to his credit. He is also heavily involved in film set production/design and has worked on films such as Batman Begins (2005), Veronica Guerin (2003), Sleepwalking (2008) and the most recent batman movie, The Dark Knight Rises (2012). Information on all of these productions can be found on the IMDB website.