The street art project started with a brief look back to prehistoric cave paintings, then ancient Greek and Roman graffiti, and then onto more contemporary work on the subway trains of New York and the Berlin Wall. Street Art has now become a much more accepted and respected art form and is more refined and highly finished than before. This project was designed to get the Form IV art sets working together in groups/teams with a site specific piece of street art as their goal. Since we could not actually paint the walls, we took measurements of some particular places and worked up some scaled designs which, when developed and finalised were up scaled and painted onto big sheets of paper which had previously been taped together and cut to the appropriate size. When they were finished we took them to the chosen site and blue tacked them in place and took photographs as a record. 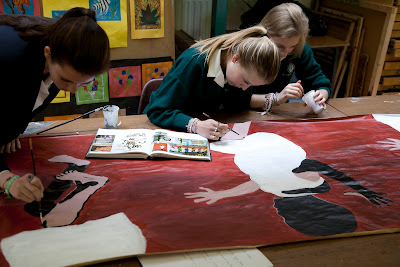 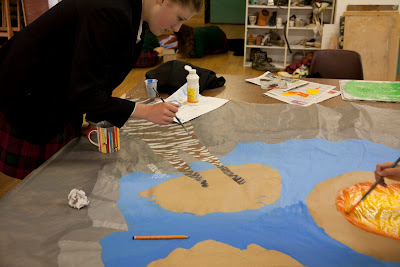 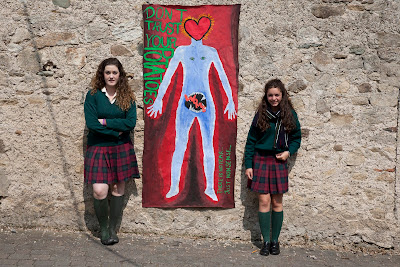 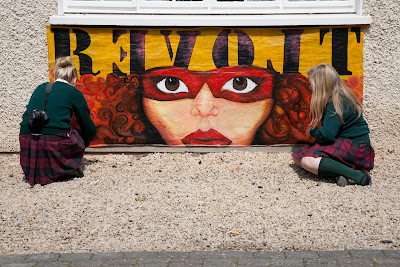 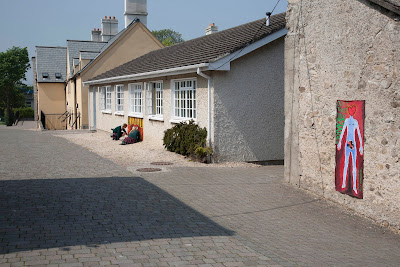 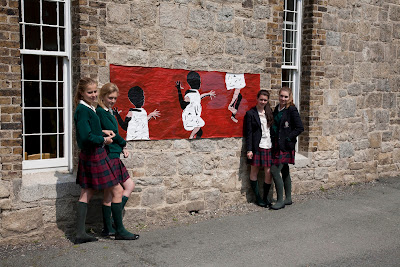 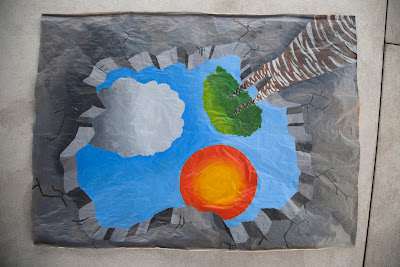 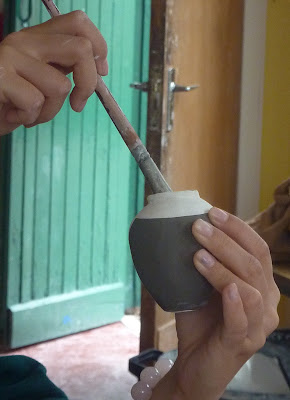 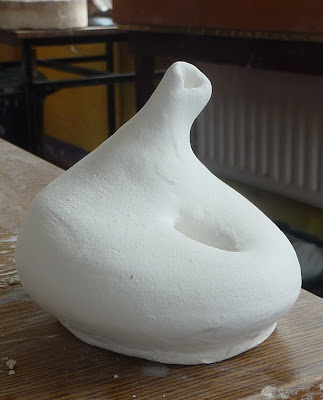 Earlier this term the Form V Q set began working with clay. They tried out hand building techniques as well as trying out the pottery wheels. Posted today is work by Julia Xie.