Paki Smith (OC 1981), kindly came to the art room on the morning of Wednesday January 25th  to talk with the TY art group who are studying film during Hilary Term. Paki studied Fine Art in NCAD on leaving SCC and quickly became well known and respected for his individual talent. He has had many one man shows, the most recent being "The Red Thread" held in the Doughlas Hyde gallery in Trinity about two years ago. Most recently his eclectic talents have led him to become involved in the production design, set design, stage detailing area of the film industry. Among other productions he has been designer on two Batman movies, " Batman Begins" and the latest (still in post production) " The Dark Knight Rises ".
Peter Watts.
Posted by sccart at 10:28 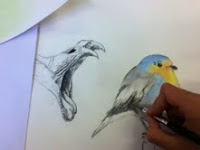 Form V Q set pupils are preparing to enter the annual Texaco Children's Art Competition. Full details on the competition can be found HERE. The theme of the competition is 'anything that interests me'. Posted below is work by Julia Xie and Dena Al-Hamdan.
Any pupil interested in entering must submit the work to the Art Department on or before Monday 20th February. 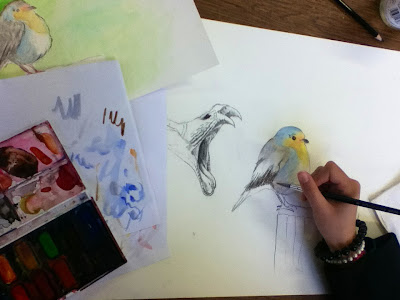 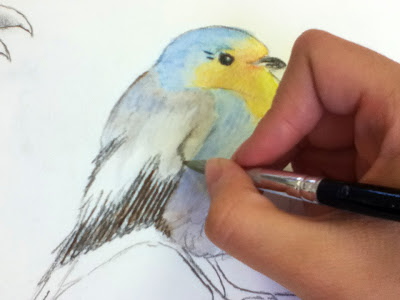 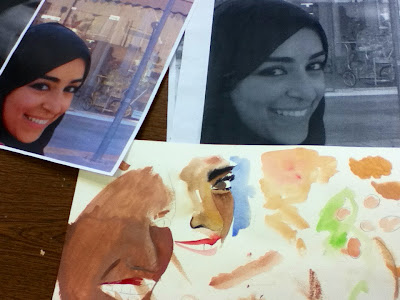 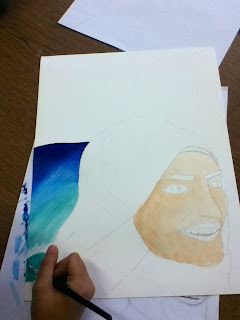