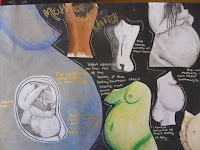 The work posted today is by Kaila Korschen in Form VI. The theme for her clay model is 'Mother and Child'.   Her drawings display good understanding of the design process and the finished model shows careful attention to detail. The glaze will be applied after the initial bisque firing. 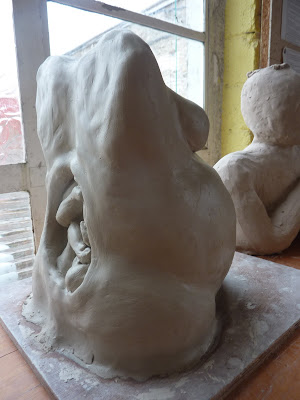 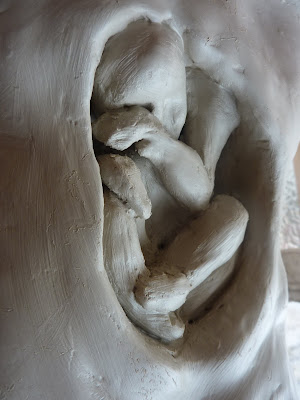 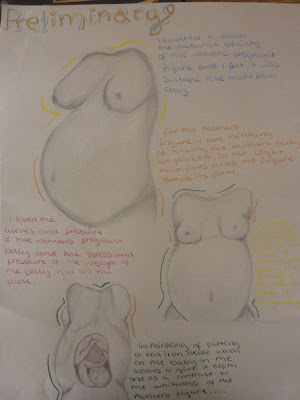 Labels: senior cycle; pupil work- Art
The theme of Mother and Child appears over and over again in Art. The Pietá is the name commonly given to depictions of Jesus Christ and his Mother, Mary. One of the best kown of these depictins is Michelangelo's La Pietá. 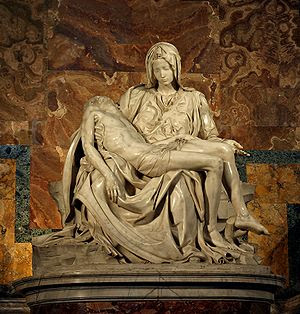 Another example displaying the theme of Mother and Child  is the 'Virgin and Child Studies' by Raphael. 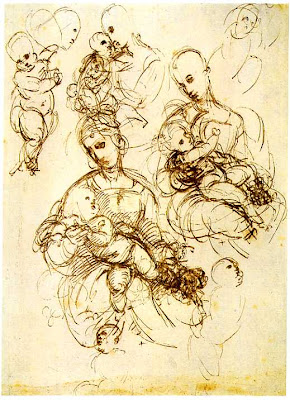 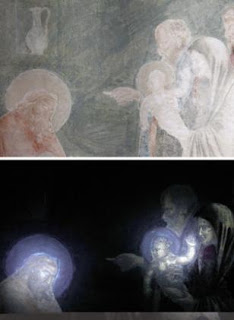 Yesterday Micheal Day wrote in The Independent "Restoration experts have used ultra violet rays to shine an astonishing new light on the work of one of the most important painters in the history of Western art.The paintings of Giotto di Bondone in the Peruzzi Chapel in Florence's Santa Croce church are considered among the most important by the medieval artist who introduced a revolutionary emotional depth and degree of perspective in his painting. The Peruzzi chapel, with its murals honouring John the Evangelist and John the Baptist, is thought to have inspired great painters in the Renaissance a century after Giotto's death in 1337. But neglected for hundreds of years, and encrusted with dust and crime, it is only now that some of the finest details have been seen again. The ambitious "non-invasive diagnostics" project designed to assess the condition of the 12-metre-high chapel, which Giotto painted in about 1320, began last year. By chance restorers working on the three-storey steel scaffolding noted that when ultra-violet light was directed on the frescoes a remarkable degree of extra detail became visible. The influence of Giotto, who is often referred to as the "Father of Western painting", is said to be visible in the work of the great figures of the high Renaissance such as Michelangelo. Ms Frosinini told Reuters of her surprise and delight when she saw the "images come back to life".  The use of ultra violet light has to be limited because it too, might damage the paintings, which are particularly fragile because they were painted on dry plaster, unlike traditional frescoes." Read the whole article HERE. 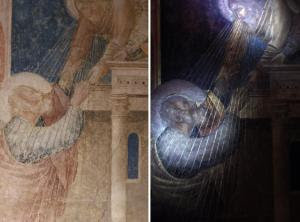 Labels: In the News - Art

RONAN MCGREEVY writes in the Irish Times today, "IRISH OSCAR WINNER Richie Baneham is proof that the “fires of Irish talent continue to burn as bright as ever”, the Irish Film Board said yesterday.

Dublin-born Baneham’s win for best visual effects for Avatar put a gloss on what was a relatively disappointing night for Irish filmmakers, who won only one Oscar out of five nominations. 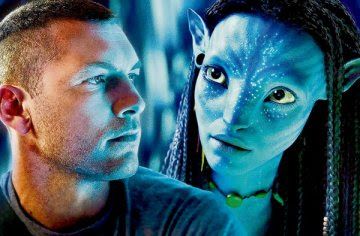 Film board chief executive Simon Perry said the Academy had honoured Irish film-makers with five nominations, “but for Richard to win an Oscar is international recognition at the highest level”. The Minister for Arts Martin Cullen also congratulated Baneham. The Minister described it as a “great personal success and a further recognition of the talent available in the Irish film industry”.
Maureen Conway, the principal of Ballyfermot College of Further Education said it was worth staying up until 5am this morning to watch Baneham win.
The Ballyfermot graduate, who attended his old alma mater just last week, acknowledged the influence of the college in his post-Oscar speech.
Conway said: “We had him pestered to mention us. We’re so delighted for him.”"
Read the full article HERE and read all Oscar winners HERE. 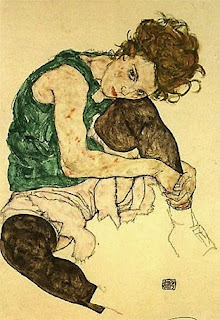 Exams begin for all Forms this week and Junior Certificate pupils will sit their Mock Life-Drawing Exam during this time. Life Drawing is quite a challenge but like most things continuous practice will really improve your drawing skills.  Marks are allocated for the pupils' interpretation of the art elements and principles required to develop a composition; these include  shape, scale, proportion and form. Pupils have the choice to draw the  Entire Figure or a Head and Shoulders portrait. The video link below gives one artist's response to drawing a head and shoulders portrait.
Egon Schiele  The Artist's Wife
(above) 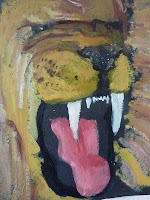 Our Leaving Certificate Pupils are entering their second week of mock examinations today. Last week they sat their Mock Craft Exam. Most pupils this year are choosing the Clay Modelling question for the Craft paper and some of the work is of an excellent standard. When the models are fully dry and have had their initial bisque firing, they will then be glazed. Over the next few days SCC Art will post examples of this work along with Preliminary and Preparatory Drawings. Below is the work of Jessica Dean, Form VI. 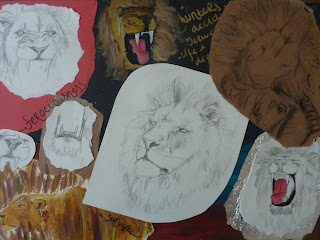 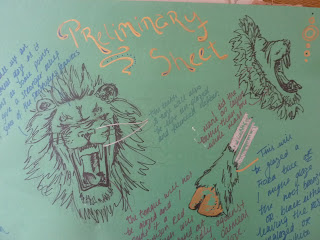 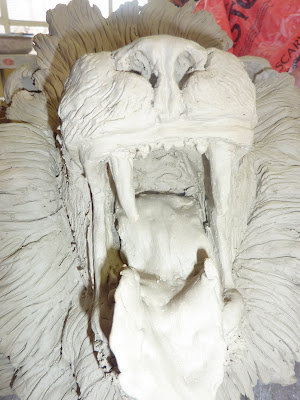 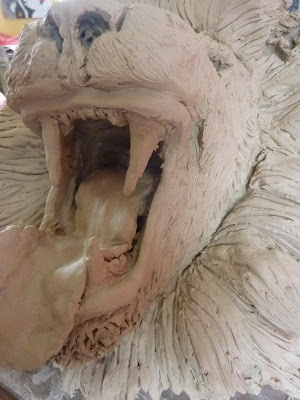 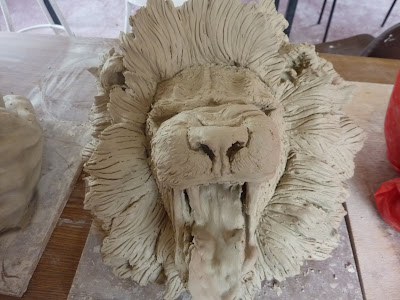