The pictures posted today are works in progress by two of the Form VI Art Q Set.  They had free reign in choosing the subject mattter for their paintings. Various materials were also made available to the pupils so that they could choose the media most suited to them. The results look to be very promising indeed! 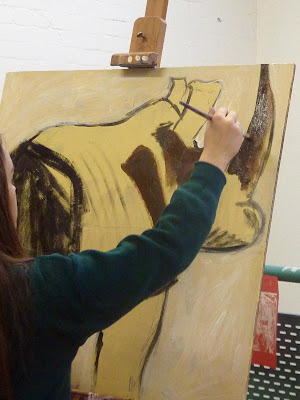 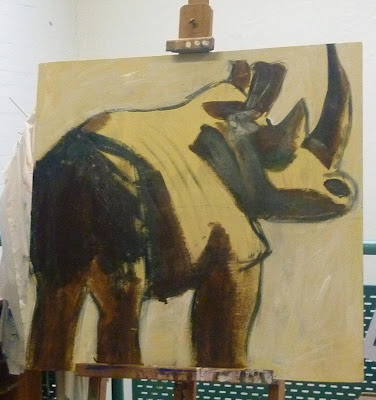 Iona Hamilton-Stubber
Acrylic on board. 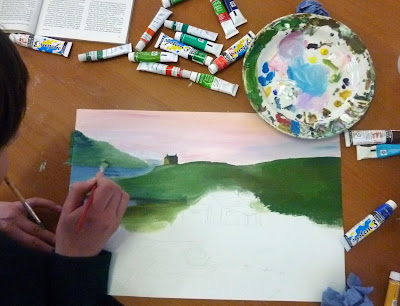 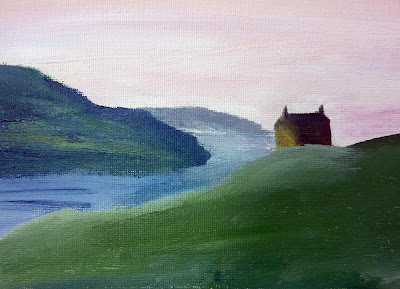 Susannah Cooke
Acrylic on canvas.
Posted by sccart at 10:04 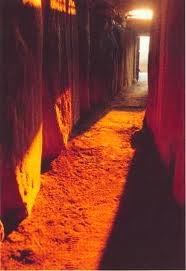 Last week the Form V and VI visted the National Museum and Newgrange as part of their History of Art studies. Tyrone Langham from Form V has written the following review;

We were then shown some stone and amber beads and ritual jewellery that were incredibly well crafted. One that particularly stood out to me was the head of a hammer that was made from a rare flint that ranged in colour form orange to grey. It was so smooth that our tour guide said it would have taken at least sixty years to rub and polish by hand to make it what it is today. She also said that the average life expectancy was only around forty years so it would have been handed down generations and used in all kinds of rituals and sacrifices to their pagan gods.