Form I have now completed the papercutout portraits they began last week. Their exploration of the elements positive and negetive continued with the creation of images on black paper using house-hold bleach. 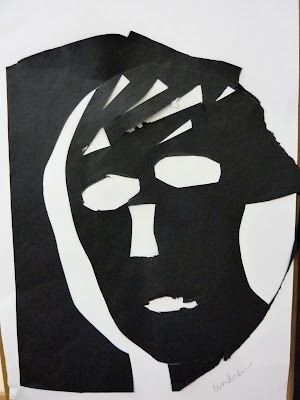 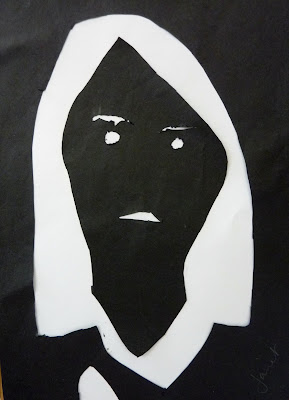 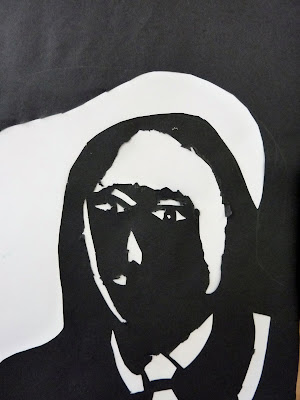 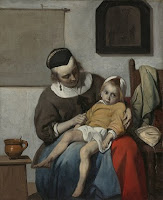 Born in 1629 to a painter and a midwife, Metsu was recorded as a painter at the tender age of 14. The name of his teacher is unknown, but he probably studied for some time under the Utrecht painter Nicolaus Knupfer. In Leiden, Metsu painted mainly large-scale biblical scenes. 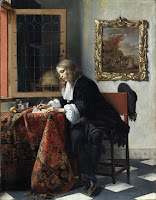 In the middle of the 1650s, after his parents had died, Metsu moved to Amsterdam. This shift prompted him to change his specialisation and paint intimate scenes of daily life inspired by Gerrit Dou from Leiden and Gerard ter Borch from Deventer. As Metsu’s style became more meticulous in the 1660s, he focused increasingly on representing the pastimes of the upper class. Towards the end of his life, when he was one of the leading genre painters in Amsterdam, he continued to compete with various contemporaries outside his hometown, including Johannes Vermeer from Delft and Frans van Mieris from Leiden. 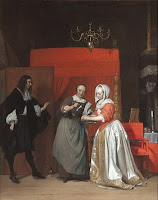 Metsu had an unrivalled talent for imbuing his figures with humanity and personality. Few of his contemporaries matched his technical virtuosity.
In 1658 Metsu married Isabella de Wolff, daughter of Maria de Grebber, one of Holland’s few female painters and a member of the well-known artistic De Grebber family from Haarlem.
Posted by sccart at 10:32 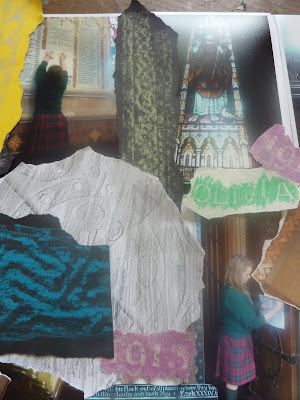 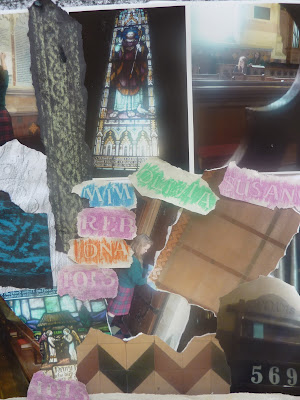 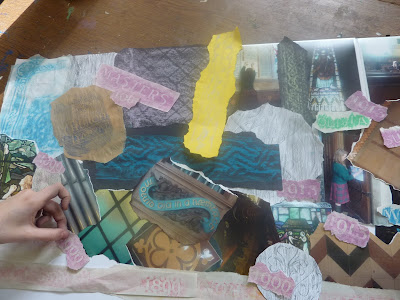 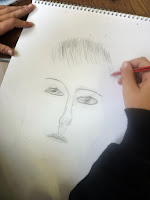 Form I have begun drawing self-portraits which they will translate into a positive and negative image using cut out black and white paper. 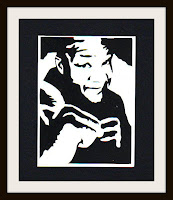 What is a PaperCutPortrait? It is just what it sounds like; a portrait that is cut from paper. It is representational because it identifies the shadows and or profile of an individual that allows you identify who it is.
From this they will develop their designs into a lino print. 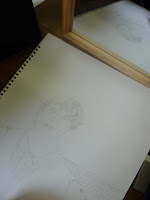 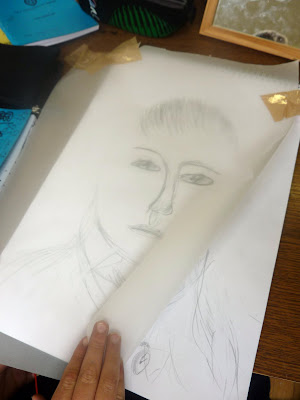